The states in the picture below are ones said to be increasing in COVID-19. 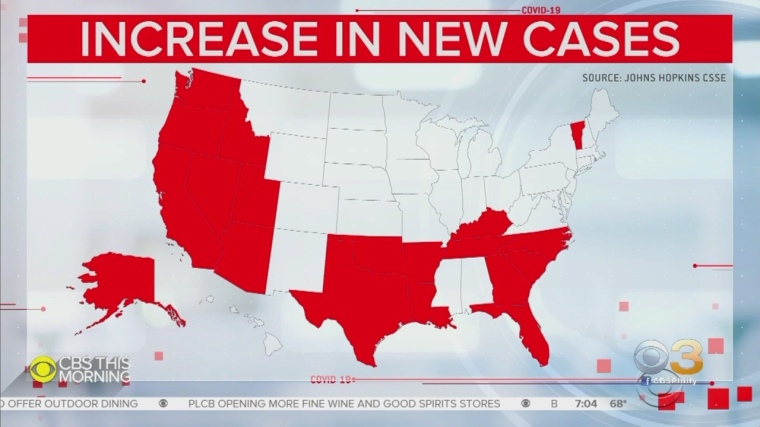 Here is a picture of all Republican states in blue and Democratic states in red.

Overlap the maps and you’ll see that there seems to be a common factor.

This picture shows where the protests are. 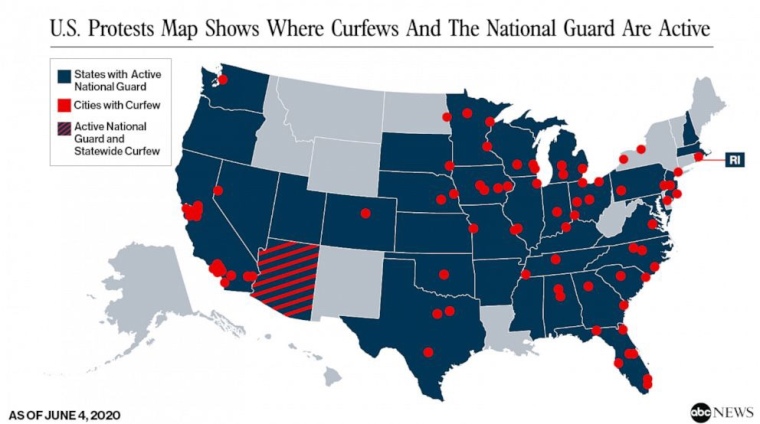 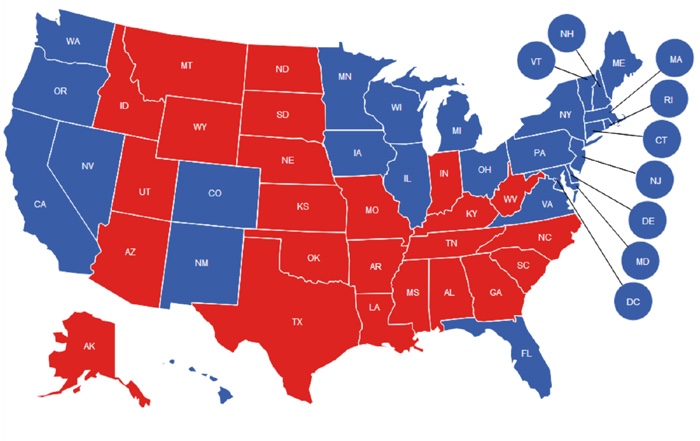 If you look, the states in turmoil from protests and the virus are mainly democratic with a few exceptions.

What’s the point? Warfare. This is a political war being used in democratic states only because if they have democratic friends in offices in those states “the left” can get help in pushing these two agendas. It’s reverse psychology.

I say this because we the people are not only caught in a revolution but also a political war, a trade war, and it affects us spiritually in spiritual warfare. I am not siding with any side. I totally feel that we as a people should wake and see what’s being done to us. It’s horrifying. Business owners are terrorized with their property damaged after years of hard work and money, for what? For one party in politics to make the other look bad for a win? It’s a scary nation when your leaders can take away rights and not only silence freedom of speech but also cause nationwide terrorism. Peacefully protesting is a good thing but for violence, and outright lies to be dished our! I told you all the coronavirus was a mass consciousness. I wish people listened. I’m no fake.

And as far as censorship? The only reason anyone needs to be silenced is because if the powers weren’t doing anything wrong to begin with, we wouldn’t need a reason to speak up for people. I didn’t lead anyone astray. In all things that I’ve said, I’ve been right. But look at how I’m being greatly oppressed? Just like the greats were quieted and later acknowledged when they were no longer here to add to their insights… that’s how it will be with me. I may say things out of social norm, but I’m always right. And I inform people for their betterment. But yet, here we are in the middle of everything predicted last year in http://www.alurasangels.com Angelic Heralds. I know more…… I can see who is behind everything and what’s going to happen. I’m waiting for someone with a larger voice to help me. Then I’ll talk more.

For now, wake up. Don’t let your families struggle with the agenda and protests everyone of all races and beliefs together for the right things like the end of the terrorizing globalist power, and the start of a new order that actually keeps its word to uphold the law and protects their people because what is happening today is not legal nor keeping people safe.

By the end of this, people will lose faith, lose hope and many will lose jobs, money, and sanity, among those who have already. 38.6 million are unemployed. Think of the families! Let the world know the real reason for fighting back!